New Technologies That will Change the Human Process

by Techmod org
in Technology
0

A 35-page “2016-2045 Emerging Technology Trend Report” released by the United States some time ago. The report was based on the refinement of 32 scientific and technological trend-related research reports published by government agencies, consulting agencies, think tanks, and research institutions in the past five years.

Through the comprehensive comparison analysis of nearly 700 technological trends, the 20 most noteworthy technological development trends were finally identified. The first release of the report is to help the relevant US departments to have a general grasp of the core technologies that may affect the country’s strength in the next 30 years.

The second is to specify the direction of Science and Technology investment for the state and social capital to ensure the United States in the future world.

In 2045, the most conservative forecast also believe that there will be more than 100 billion devices connected to the Internet. These devices include mobile devices, wearable devices, home appliances, medical devices, industrial detectors, surveillance cameras, automobiles, and clothing. The data they create and share will bring a new information revolution to our work and life.

People will be able to use information from the Internet of Things to deepen their understanding of the world and their lives and make more appropriate decisions. 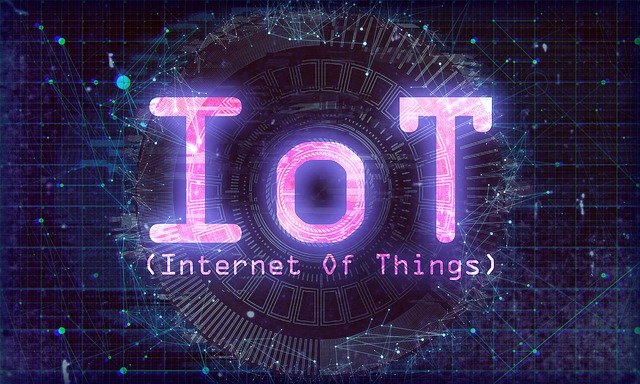 At the same time, networked devices will also automate many of the current work, such as monitoring, management, and maintenance. The collaboration between the three technologies of the Internet of Things, data analytics, and artificial intelligence will create a vast network of intelligent machines in the world, enabling massive business transactions without human intervention.

But while the Internet of Things will improve economic efficiency, public safety, and personal life, it will also increase concerns about cyber security and personal privacy. The large amount of data contained in the Internet of Things will also entice the government to implement monitoring for the people, thus further triggering a confrontation between privacy and security.

On the Earth of 2045, robots and automation systems will be everywhere. Autonomous vehicles can make traffic safer and more efficient, and perhaps bring new impetus to the sharing economy. Robots are responsible for a large number of tasks in daily life, such as caring for the elderly and buying food, as well as industrial responsibilities such as harvesting crops, maintaining public facilities, and so on.

With the mobility, sensitivity and intelligence of the robots, they will become powerful fighters, assisting and even replacing human soldiers on the battlefield. Artificial intelligence software is used commercially, for example, to extract meaningful information from hundreds of terabytes of data, automate business services, and replace traditional “people-oriented” careers such as customer service and teachers.

However, robotics and automation also bring many crises. Laid-off workers who have been replaced by machines for millions of jobs will have a tremendous impact on society, leading to economic and social instability. The automated network system will become the main breakthrough for each hostile force to attack each other. The use of robots and automation systems in conflicts can pose significant ethical and cultural challenges.

Smartphones and cloud computing are changing the way human get along with data. For example, in the current US, about 30% of web browsing and 40% of social media are through mobile phones. One of the reasons for this is the smartphones that have a variety of detectors that measure weather, position, luminosity, sound, and bio-metrics.

The development of mobile terminals and the proliferation of mobile networks will further advance the progress of cloud computing. Cloud computing can bring a lot of computing power to users with zero input. In the next 30 years, cloud-based mobile computing will change the way from medical to educational. 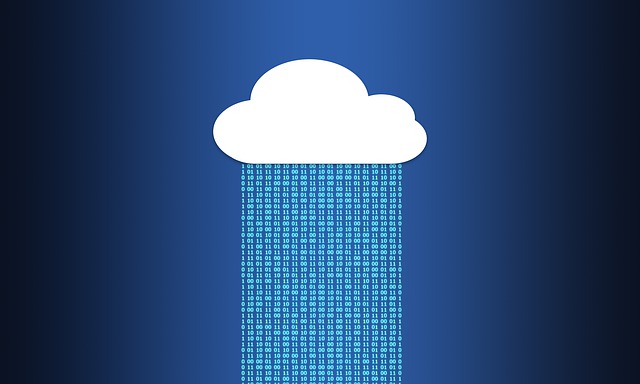 For example, people can conduct physical examinations through mobile phones and communicate directly with cloud diagnostic software. People can also use educational software to learn new skills on mobile phones. Farmers can even connect to real-time meteorological data via mobile phones and optimize them through cloud software. Harvest time.

However, all of this requires extremely high network security, reliability, and traffic. Business users as well as individual users also need to get used to uploading data to the cloud.

In 2045, 65% to 70% of the world’s population will live in cities. As the urban population increases, the number of super cities with a global population of more than 10 million will increase from 28 in 2016 to 41 in 2030. The large population movement to the city will put tremendous pressure on the infrastructure of these cities, such as intercity transportation, food and water, electricity and energy, sewage treatment, and public safety systems.

Smart cities of the future will use information and communication technologies (ICT) to increase the efficiency and sustainability of cities through big data and automation. 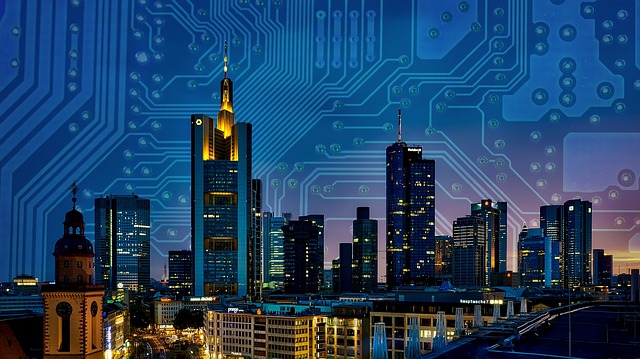 But on the other hand, cities that have no money or lack of political conviction to invest in these technologies will become extremely crowded and dirty, becoming a point of riots and conflicts.

Quantum computing is the encoding and manipulation of data through the superposition principle and the characteristics of subatomic particles such as quantum entanglement.

Although quantum computing has only existed in theory over the past few decades, research in recent years has begun to produce meaningful results. In the next 5-15 years, we are likely to create a practical quantum computer.

The advent of quantum computers will bring tremendous advances to other research directions, such as climate simulation, drug research, and materials science.

However, the most anticipated is quantum cryptography. A quantum computer will be able to crack all the encryption methods in the world, and quantum encryption will be truly impeccable. Nowadays, many technical bastions of quantum computers have begun to be overcome one by one. Although we may see truly practical quantum computers in the 1940s, the huge investment from the government and the industry means that quantum computing has already taken a turning point. 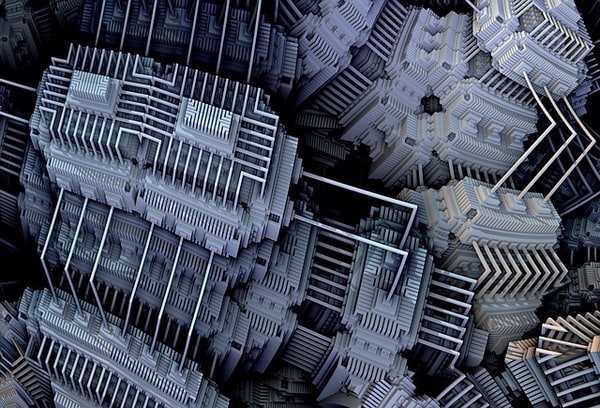 Virtual reality and augmented reality (VR and AR) technologies have ignited great enthusiasm in the consumer electronics market, and technology companies are rapidly entering the market. After the acquisition of Oculus VR in 2014, Facebook will launch their first VR glasses this year. Samsung, Sony, and HTC are also planning to launch VR products this year. The influx of capital represents that VR will become the mainstream entertainment technology of the new generation.

Of course, VR also has applications outside of entertainment. Lowe’s, the second largest home furnishing company in the United States, is developing a 3D augmented reality technology called Holoroom. Lowe’s customers will be able to design a space and then use Holoroom to enter a 3D model and experience how they feel about the space they design. 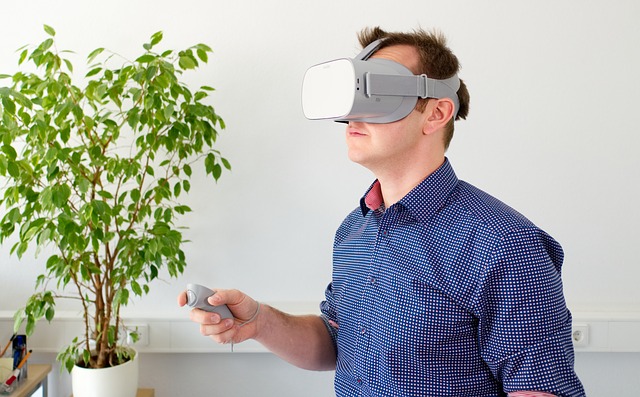 In 2015, humans created a total of 4.4B (4.4 billion terabytes) of data, which is doubled every two years. These data hide a variety of profound information about consumption habits, public health, global climate change, and other economic, social, and political aspects. Unfortunately, although “big data” has become a hot spot, less than 10% of the data is analyzed every year.

In the next 30 years, technology will lead mankind to break through the limits of human potential and even the limits of biology. Wearable devices connected by the Internet of Things will bring real-time information directly into our senses. The exoskeleton and the prosthesis connected to the brain will make us stronger and restore mobility for the old, the weak and the sick.

Contact lenses with detectors and embedded computers or equipment that is permanently implanted in the body will give us the ability to wear through the wall, natural night vision, and the ability to embed virtual and augmented reality systems. Nootropics will expand our thinking skills and change the way we work and learn.

5 Easy Ways to Add a Link in Your Instagram Bio

Yesmovies Proxy and Alternative Websites in 2020